0
was successfully added to your cart.

October was a busy month for TAG (Technology Alliance Group) Northwest and its supporters in Whatcom County and well beyond. On consecutive days, the advocacy group held a VIP reception at the Granary Building — which is part of the local waterfront project being built by Harcourt Developments (UK) Ltd. — and hosted its annual Tech Summit at the Bellingham Ferry Terminal. Both events were well attended, drew marquee speakers and attendees from far away, and highlighted key technology trends and issues such as cybersecurity, cloud computing, the Internet of Things (IoT), Smart Cities, and DevOps. Perhaps Bellingham can become Seattle North as a hub for existing technologies and their developers as well as an incubator for emerging engineering marvels and their proponents!

Formed in 1999, TAG NW seeks to “promote, educate, and advocate” for regional technology businesses. Of course, in the Internet era, essentially all businesses are impacted by technological advances to increase revenues and/or to limit expenses. Meg Weber has been its executive director for three years.

The Granary Building at the Port of Bellingham, had laid dormant for years. It was built in 1928 for an egg and poultry business. In 2016, Harcourt Developments started renovating it as part of its early work to revitalize the waterfront. It is too late to turn back now, so it is in everyone’s’ interest to recruit tenants. TAG would love to have a few hundred highly paid engineers relocate to the Granary. At October’s VIP event, Harcourt, Western Washington University, the Port of Bellingham, and the city’s mayor gave their “pitches,” or at least lent their support to the development. At the event, this writer even met a representative of a group looking for U.S. homes for Chinese technology companies. Good luck to those involved in this development all of whom are now the Granary’s real estate agents if they like it or not!

Day Two of TAG’s technology papalooza featured its 2017 Tech Summit, which, like the previous day’s event, was well covered and recruited speakers and attendees from even well beyond Seattle and Vancouver. The keynote speaker was Gravity Payments’ — a New Age credit-card processor and financial services firm based in Seattle — founder and Chief Executive Officer Dan Price. Price startled the business world in 2011 when he announced — his speech was covered by the national press — to his 120 employees that going forward everyone one would be paid at least $70,000 per year. Rush Limbaugh and other conservative “pundits” lashed out at Price on air and in print. Six years into his “experiment,” it looks like Price and Gravity have not only survived but have thrived. TAG’s Meg Weber interviewed Price on stage at the Tech Summit. Attendees came away with an appreciation, or a greater appreciation, for how businesses can “do good” by “doing right” by their employees, communities, and other constituents.

The “fun,” actually the wisdom shared, at the Tech Summit did not stop there. Todd Bishop, the co-founder of GeekWire, which is the region’s top technology news source, hosted a timely panel on “Security in the Cloud” and a breakout session on the same topic. Bellevue’s Expedia, which sports a $19 billion market capitalization and dominates online travel with Priceline, was well represented by two of its top engineers. Mark Anderson, founder and chief executive of Strategic News Service, led a discussion that revealed innovations in cybersecurity and cloud computing. Anderson will be back in Bellingham on January 12th to share his annual technology “predictions” to a full house.

TAG is leading the charge to support our area’s technology companies and to recruit others to the Bellingham waterfront and beyond. This organization deserves and appreciates your support in all ways as it seeks to build a better, more prosperous, technology savvy city and county.

Paul Meeks, CFA is a TAG volunteer, Western Washington University Finance and Instructor, and the Chief Investment Officer for Portland’s Sloy, Dahl & Holst for which he manages technology and other stock portfolios. 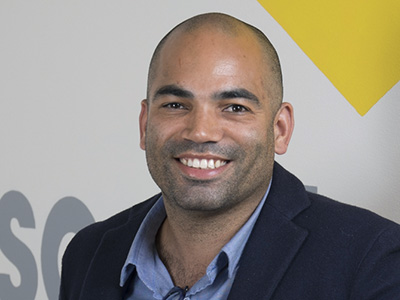