0
was successfully added to your cart.

Annual Predictions on Technology and Economics

Recordings from our Predictions 2020, 2019 and 2018 events below. Video recording and live streaming provided by Varvid and Veritas Media. 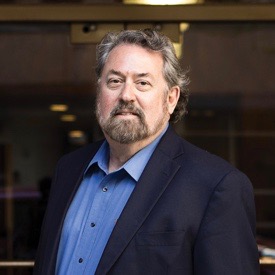 Who is Mark Anderson?

“Mark is the one person in the world who seems to know about everything.”
— David Kirkpatrick, Founder & CEO, Techonomy

Mark is also the founding CEO of startup Pattern Computer Inc. and chair of The Future in Review (FiRe) Conference – now in its 17th year – which The Economist has named “the best technology conference in the world.”

Mark is credited with accelerating the deployment of 3G wireless in Iceland; helping design Sweden’s wireless auction process; assisting Eastern Germany’s technology programs; creating “Project Intelligent Response,” the first post-911 manual for the US government on the use of technology to combat terror; and being the first to fully document the central role of stolen intellectual property in China’s national business model. His successful predictions include the Great Financial Collapse of late 2007 (made in March of that year, on CNBC Europe’s PowerLunch); the contemporary outbreak of “currency wars” and the first modern use of the term; the advent and success of the CarryAlong computer category as the fastest-growing and largest in the industry, now represented by pads and netbooks (predicted in 1997); the first detailed description of the Internet Assistant category, currently represented by Siri, Google Now, and Dragon Go! (in 1998); and the global currency crisis of late 1997 (in April of that year) – contributing to a publicly graded 95.1% prediction accuracy record since 1995. He is the only person to have publicly predicted both the Great Financial Collapse and the Oil Price Collapse, the two most important economic events of modern times.

Mark’s intellectual contributions include: Resonance Theory – the first physics Theory of Everything based on the resonant properties of empty space; the AORTA (Always-On Real-Time Access) concept, subsequently taken as the name for Europe’s first broadband network; the AORTA Manifesto, a proven process for K-12 schools integrating technology, since adopted by the White House in its ConnectED initiative and by NGOs and educators around the world; Equilibrium Genetics, a new theory of evolution, cell function, and genetic variation; the Global Trifecta proposal – a solution set to slow global warming, based on linking commercial graphene production to energy plant CO2 emissions and graphene 3D printing; and Flow Economics and Hyperstructural Economics, two new pragmatic descriptions of the forces behind the post-Information Age economy.

Having discovered the power of Flow & Interaction, Mark is the author of the new books: The Universal Powers of Flow and Interaction: Applying the Two Fundamental Actions Behind Every Element of the Universe (2017), and the recently released The Pattern Future: Finding the World’s Great Secrets and Predicting the Future Using Pattern Discovery (2018).

Mark is co-founder of the new Pattern Recognition Laboratory at UC San Diego, a member of the Australian-American Leadership Dialogue, and an advisory board member of the Calit2 and Qualcomm Institutes, the Graphene Industry Stakeholders Assn. (GSA), and the GSA Center of Excellence. He provides advice to or has invested in Ignition Partners, Mohr Davidow Ventures, the Global Advisory Council of the mPedigree Network (Ghana), SwedeTrade, The Family Circle (Europe), the NSA, the Department of Justice, the FBI, the DHS, the NGA, the State Department, USTR, the White House, GCHQ, MI5, the British Cabinet Minister’s Office, and industry-leading firms including Dell, Microsoft, Google, Symantec, Nuance Communications, and others. His work was recently showcased in the 60 Minutes segment “The Great Brain Robbery,” and he is a frequent guest on National Public Radio’s All Things Considered, as well as the BBC World News and Bloomberg TV. He regularly appears in the Economist, the Financial Times, the New York Times, the Wall Street Journal, and other media.

This annual Predictions event is an opportunity to connect, learn and grow that you don’t want to miss.